Clearing up the Confusion 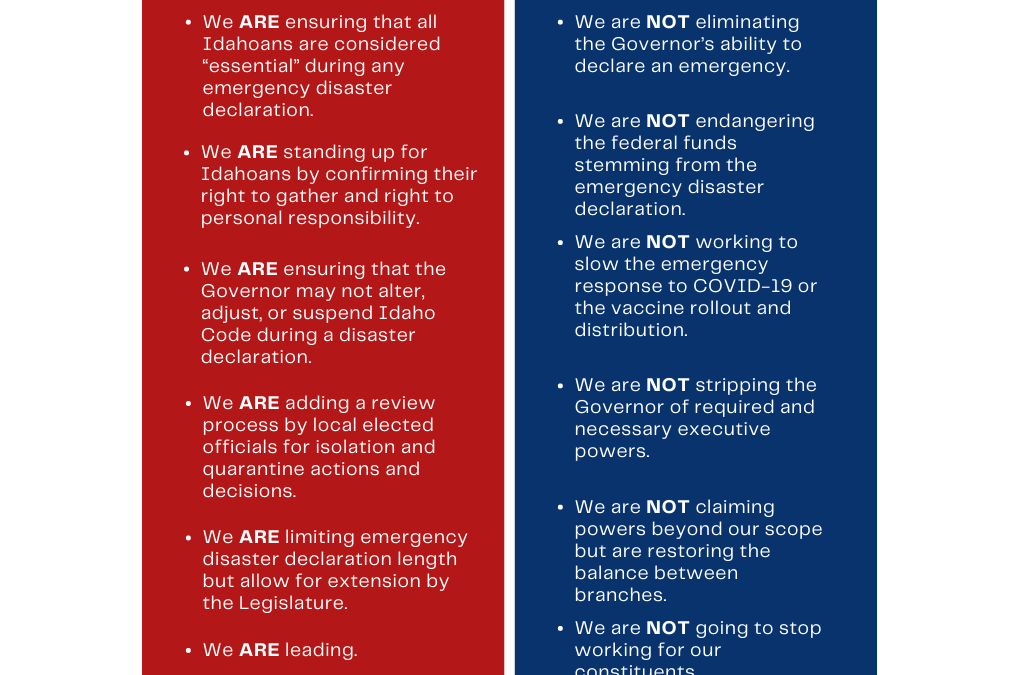 Clearing up the Confusion

The Idaho House Republican Caucus continues to work for Idahoans, but recent statements have clouded the issues. That’s why we want to help every Idahoan understand what we are doing, and what we are not doing. We hope this eliminates any further confusion. 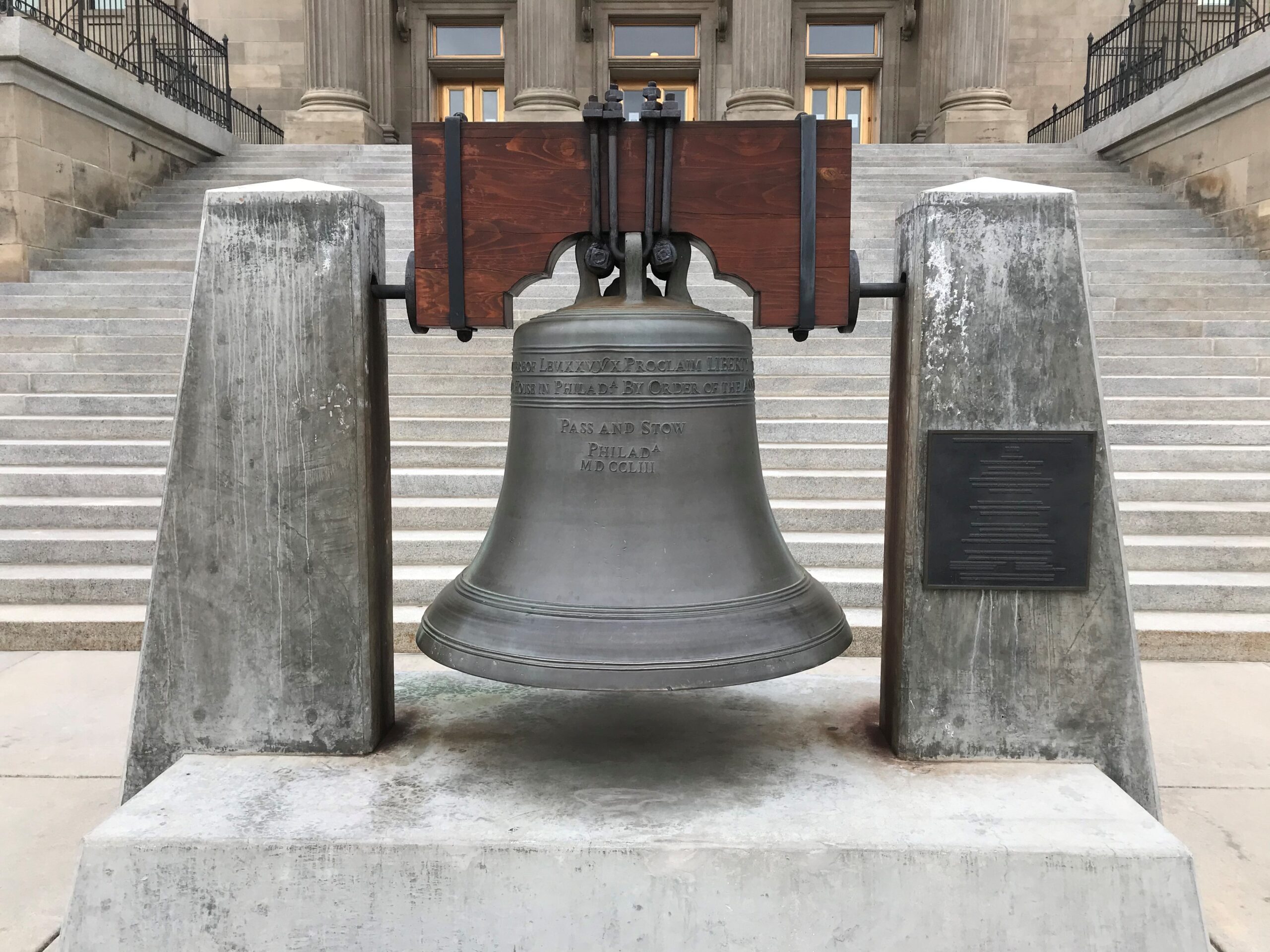 Monday, your House of Representatives overwhelmingly passed House Concurrent Resolution 2 with a vote of 55-15. This critical piece of legislation moves to lift the restriction on groups of 10 or more under the Governor’s Emergency Declaration. While some of those limits were relaxed a little last week, HCR 2 presses to eliminate them.

HCR 2 now moves to the Senate, where it would immediately take effect if it receives two-thirds support. It does not require the Governor’s signature.

Monday, your House Republican Caucus members kept working to restore a system of true checks and balances with the introduction of House Bill 33. The proposed legislation allows for the review of District Board of Health actions, decisions, or orders by the appropriate board of county commissioners, upon the request of an adversely affected party. Under this bill, first and second public health violations would be reduced to infractions with fines no higher than $50 for individuals and $300 for associations or corporations. Additionally, similar orders from the Director of Health & Welfare that limit gatherings would be limited to 30 days.

Click Here to see some of the coverage of this bill 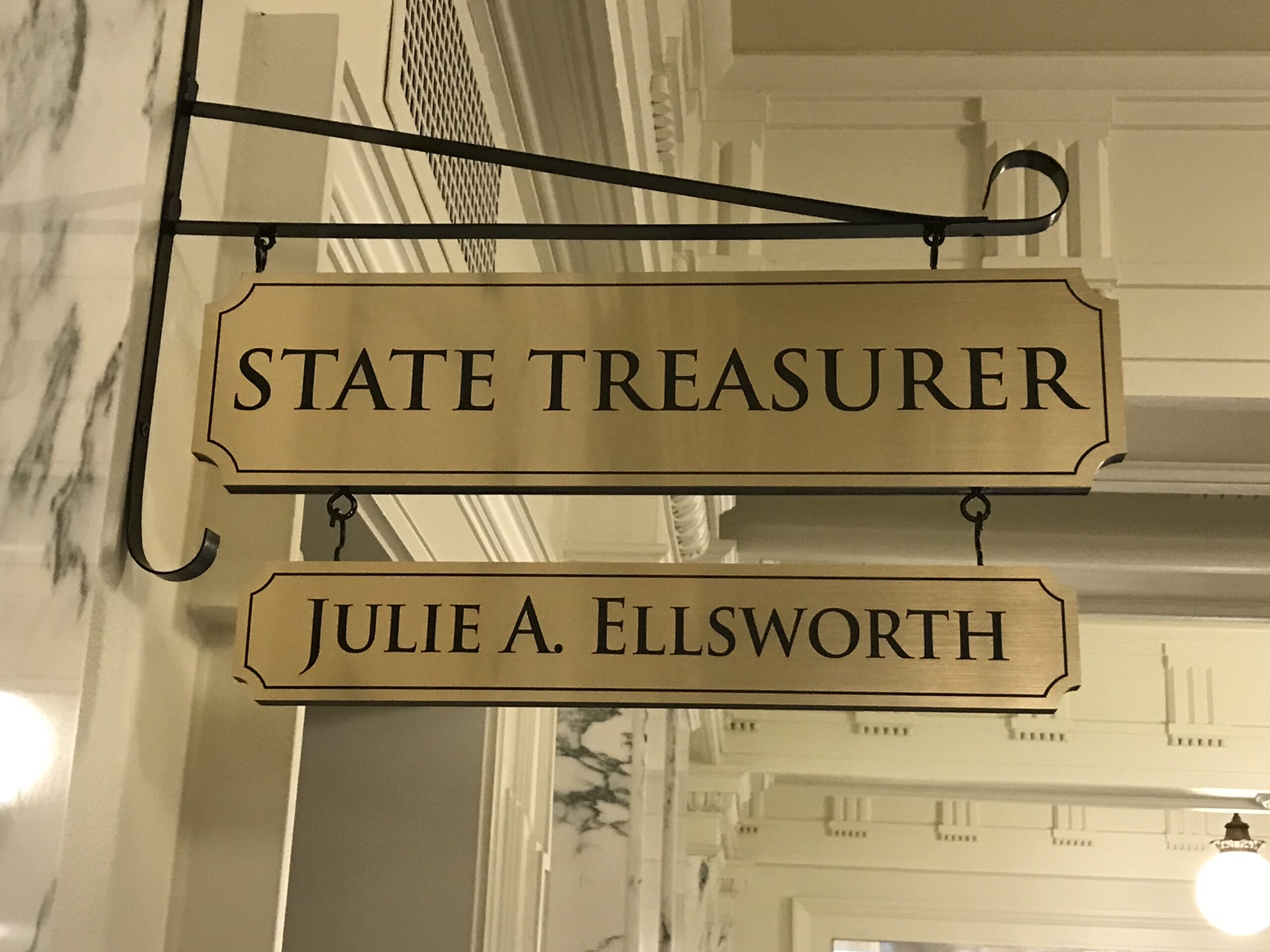 The Idaho Supreme Court ruled 5-0 that State Treasurer Julie Ellsworth must adhere to the law, which means vacating her Statehouse office. The highest Court in Idaho unanimously agreed that, according to State Code, the Legislature has the sole authority to control and allocate the space on the first floor of the Capitol. This follows a similar ruling in District Court last July.

“While we applaud the pointed and sensible decision by our Supreme Court, we would have preferred the State Treasurer had respected the rule of law and avoided the need for this lawsuit,” said Speaker of the House Scott Bedke. “We now hope to finally move forward without any further delays or complications.”

Speaker Bedke and former President Pro Tem, Brent Hill, were forced to file the complaint in June after Ellsworth was unwilling to follow state law, found in Idaho Code section 67-1602(3). The Supreme Court agreed with Legislative Leadership, finding that the Treasurer’s interpretation of an alleged 2007 agreement allowing their office to stay on the 1st floor was without merit. Leadership was also awarded court costs.

You can learn more about all the legislation being debated by our Caucus members. Just check the House Reading Calendar found at the link below.